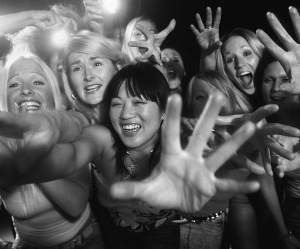 We’ve all seen the images of crazed women grabbing at male celebrities like Ryan Gosling, Justin Bieber and Zac Efron.

We’ve watched the footage of a female fan clawing at Tim McGraw’s pant leg, causing him to shove her hand away in an attempt to avoid being dragged into a sea of crazed women.

As I write this, I silently nod my head in understanding.

Being that my job has kept me in the public eye for more than a decade, I have some advice for the country superstar when it comes to avoiding overzealous women trying to get their hands on you:

In the last 16 years, the closest I’ve come to having a strange woman grab at me was during a fundraiser dinner, when part of my pulled-pork sandwich went down the wrong way and a nurse in the audience gave me the Heimlich Maneuver.

And while I thought she had taken a button from my sport coat as a keepsake, surveillance footage showed it popping off during a chest compression. Which wasn’t the least bit sexy.

Men like Tim McGraw need a team of security specialists coordinating crowd control for shows and public appearances. By comparison, my recent reading at a public library required a security force of just one off-duty Walmart greeter — who, as it turned out, was only there because the library calendar mistakenly listed a presentation on genealogy that day. Fortunately, we were able to talk him into greeting dozens of others who, after learning I was the featured guest, had to be escorted out by a more calloused late-fee librarian. 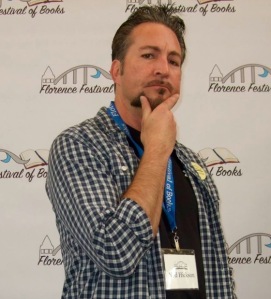 That’s because, while women often say a sense of humor is an extremely sexy quality in a man, let’s face it: No one tells a joke quite like a shirtless Ryan Gosling.

To test this theory, I actually had Ryan Gosling join me for a bookstore reading. Both of us were shirtless. He went first and had the audience of mostly women laughing hysterically. Not to say that I didn’t. It’s just that I hadn’t started reading from my book yet.

As a service to celebrity men everywhere, here are a few tips I have found to be successful when it comes to avoiding the creation of a woman frenzy.

First, try being a little less attractive. While it’s true “six-pack” abs are seen as an indication of your commitment to fitness, tapping a pony keg requires real commitment.

Also, pace yourself with the talent a bit. Just because you’re an award-winning entertainer doesn’t mean you need to perform at the highest level every single time! That only creates the kind of supercharged sexual energy that has created your problem in the first place. Do what I do and pull back the reigns on your sexual charisma and try to be a little less enticing.

Anyone reading this understands what I mean. 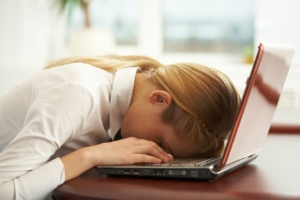 Lastly, a little clumsiness wouldn’t hurt. Actually, that’s not entirely true; it should hurt a little. Speaking from experience, nothing stops droves of frenzied women in their tracks faster than a really bad cartwheel that ends with you hugging tree trunk.

Especially if all you’ve been drinking is diet soda.

If you utilize these techniques, rest assured you can go to any library, grocery store or public appearance and not cause women to go crazy — or, with enough practice, any reaction whatsoever.

But just to be safe, I’d also stay away from the pulled pork.