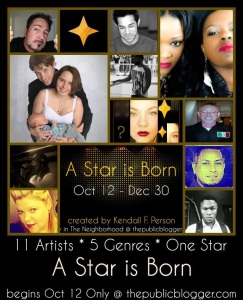 FLORENCE, Ore. — As the 2015 “A Star is Born” competition approaches it’s final round Dec. 30, what started with more than 700 artists from around the blogosphere in September has dwindled to a select three: Oregon humorist Ned Hickson, Oklahoma blogger Rebecca Lemke and California poet Oscar Alejandro Plascencia. Each week, the trio has met a different artistic challenge posed by the show’s producer, Kendall F. Person, with survival dependent upon scoring calculated through votes from the public and three different panels of judges: a proxy, an inner circle and the producer.

Each Sunday night at 7 p.m., the nominees’ presentations go live to the public, with voting continuing until the polls close at 10 a.m. (PST) the next morning. By noon, Monday, another artist leaves the stage as the remaining nominees move on to the next challenge.

For all but one of the last seven weeks, syndicated humor columnist Ned Hickson has been No. 1, with his latest submission — a mock run for the U.S. presidency — catupulting him back into the top spot. 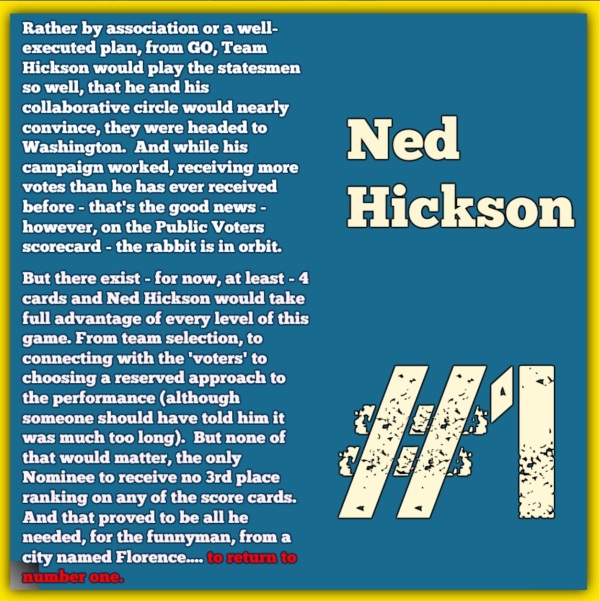 “There are a lot of extremely talented people in this competition, from recording artists and poets to photographers and visual artists,” says Hickson. “Being the only humorist, I wasn’t sure how long I’d last. But I feel strongly about the importance of humor and what can offer in our lives on a daily basis. This competition has really pushed me to explore it in ways I hadn’t done before — which has been both grueling and rewarding.”

In the most recent round, which will determine who will advance into the Final Two, nominees were asked to define whether their art is an imitation or representation” of who they are in a round titled “Imitation of Life.” To do this, their challenge includes both an essay and video showing who they are and whether they “are who they say they are” through their art. 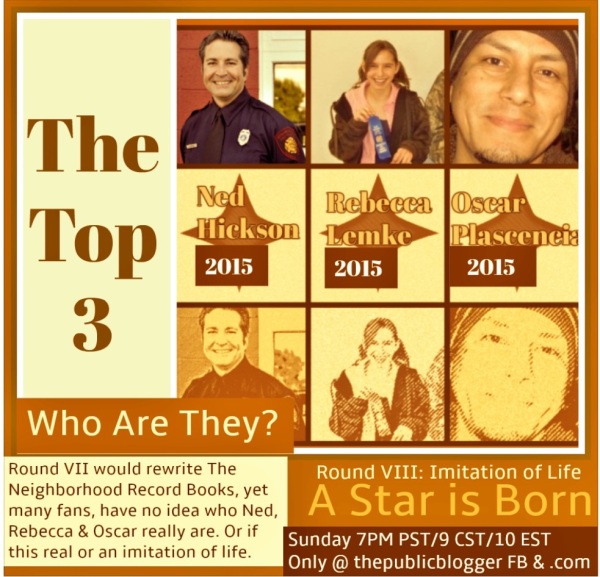 The preformances of each remaining nominee in this round goes live Dec. 20 at 7 p.m., along with a preliminary show.

“It’s going to be an exciting round because, once again, we’re breaking new ground — with the show as well as our presentations,” says Hickson. “Each week, Kendall and his production team have managed to raise the bar and the stakes in a format that has never been done in the blogging world.”

When asked about his favorite or most memorable challenges so far, he answers without hesitation.

“The collaboration round, without question, has been my favorite challenge so far,” he says. “Working with follow humorist Stephanie Lewis and recording artist Kendrick Merk Nichelson to create a whole new political party, The Dempublicans, complete with add promotions, a campaign video and mock news story all in one week was crazy fun. Emphasis on the ‘crazy’.” 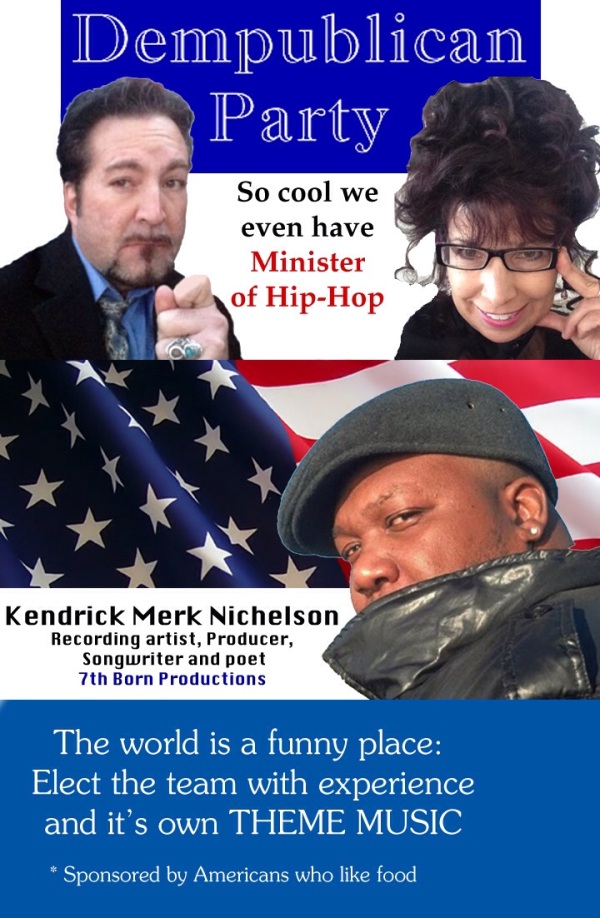 Hickson also says having the chance to go globally one week, with each nominee representing a chosen country and creating a presentation celebrating the culture and art of their chosen country, was also a oersonal favorite.

“I chose Canada because I know a lot of funny peope from there,” he says. “I also figured if I lost that round, it wouldn’t be hard to get home.”

“Ned has demonstrated each and every week his love of humor, respect of The Arts and positioning as the World’s next star,” said the show’s producer, Kendall F. Person, in a special edition called A Closer Look

With the competition for the title of “Performer of the Year” approaching its final two weeks, Hickson says regardless of where he ends up he’ll walk away with the satisfaction of knowing he’s been a part of something special.

“It has been an incredible experience getting to know these talented artists from around the world, sharing in a groundbreaking production and expanding my own horizons as a humorist,” he says. “Being the sole representative of humor in a field of such diverse artists has been a real privilege. Plus, I learned how to tell a joke in a Lagalosian. Although, it’s a fart joke, so I’m not really sure if that counts as a foreign language.”

Want to know more about A Star is Born, it’s artists or catch up on all the previous rounds before the finale on Dec. 30? 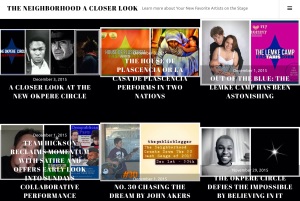