As a journalist, I’m trained to notice even the most subtle sign that something is out of the ordinary. 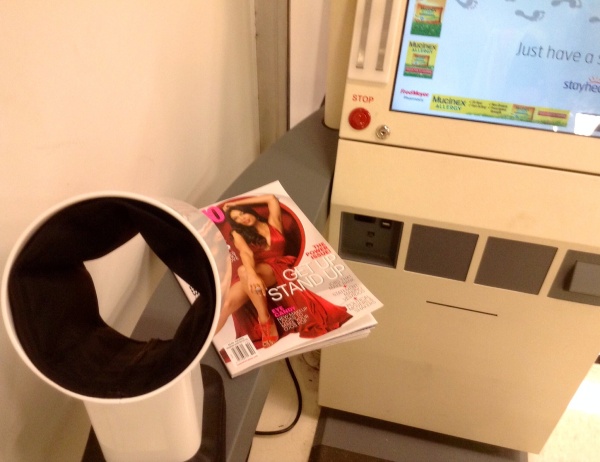 To the man I saw reading this magazine while getting his blood pressure checked at Fred Meyer: I’m no doctor, but it’s possible your elevated blood pressure reading probably has nothing to do with that extra piece of bacon you ate this morning… 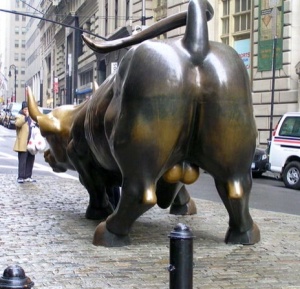 Given the state of today’s economy, it’s hard to know who to trust when it comes to investing your money. You could trust ME of course, but that would mean giving your money to someone whose greatest return on an investment came when I accidentally got a 75-cent candy bar out of a vending machine using only two quarters.

The truth is, I know absolutely nothing about the financial marketplace. This is why I currently do not own any stocks, bonds, treasury bills, money market accounts or, for that matter, any actual money. However, it’s because of this — and what the White House calls my “unique financial perspective” — that I was asked to join the Presidential Advisory Board on Corporate Fraud, where our motto is:

For every dirty business we wipe out, there’s somebody taking a bath.

It’s our job to sift through literally thousands of highly complex financial reports sent in by America’s corporations, and then analyze each one for signs of fraudulent activity. You may be wondering how someone like myself — with the financial IQ of a Rhesus monkey — could possibly hope to find ANY sign of shenanigans somewhere in the complicated maze of bookkeeping ledgers, profit statements, and Hooters receipts. END_OF_DOCUMENT_TOKEN_TO_BE_REPLACED

As I mentioned yesterday, I am at the Festival of Books here on the Oregon coast, stirring up a level of excitement over my book that fair organizers have called a frenzy “similar to a Peaches and Herb concert…” 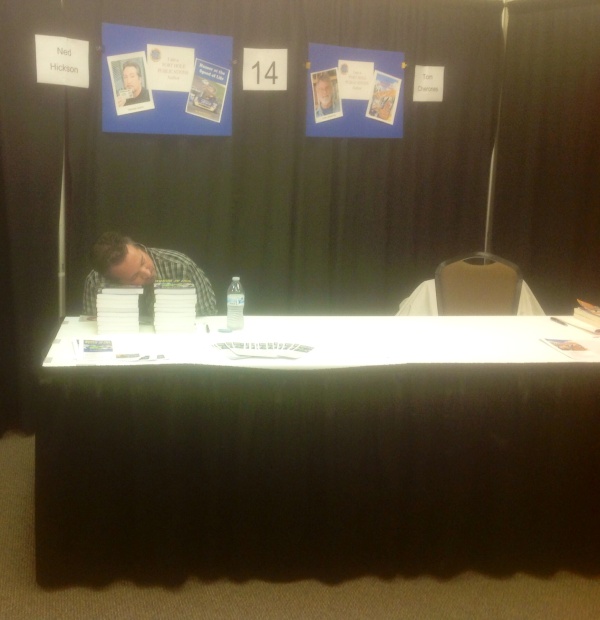 Doing my best to keep a handle on the pandemonium.

Knock! Knock!
Who’s there?
Not me! That’s because I’m with the rest of the staff over at Long Awkward Pause for this week’s Saturday Six — which is when each of us comments on six strange but loosely related things. Sort of like the Brady kids. This week’s subject? Corrupted coloring books… 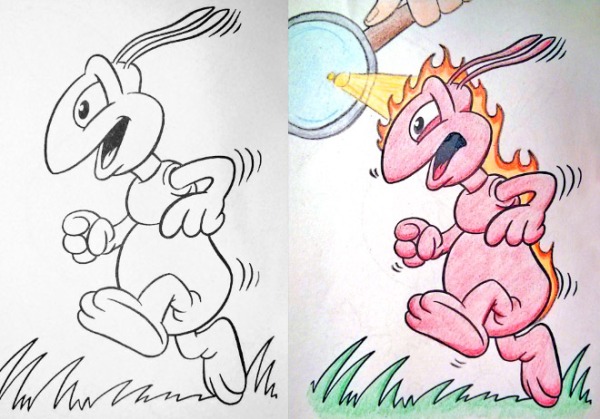 Omawarisan: Dermatologists recommend a wide brimmed hat and sunscreen that is at least SPF 35.

List of X: I still have no idea what color is Burnt Umber, but at least now I know what color Burned Ant is.

BrainRants: Perfectly illustrates the twisted relationship between ants and magnifying glasses. A+

Ned: Maybe next time he’ll have the decency to wear some clothes and hide that third antenna.

(Trust me, it gets weirder. So bring your Crayons and meet me for more at Long Awkward Pause…) 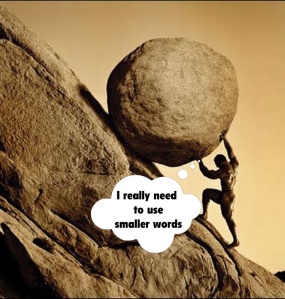 Welcome to Ned’s Nickel’s Worth on Writing! It’s that time each week when I offer writing wisdom gained from 15 years as a columnist who, until recently, has remained completely hernia-free! It’s a feature the American Journal of Medicine is calling, “Writing advice that gets results as quickly as bending over and coughing…” or what Dr. Oz has touted as “The only place I haven’t stuck my face yet. And by that I mean his blog, not pelvic area…”

As I’ve mentioned before, writing can be a dangerous business, particularly for columnists who find themselves coughing uncontrollably from a seated position. As much as I’d like to say I got my femoral hernia after a tap-out while dragging firehose into a burning structure, or because I’m an amazing lover, the truth is it happened while I was sitting exactly where I am — during a bad coughing fit. I’ve been nursing this cough for about a month, which began with a high fever at the end of my vacation in August. Naturally, I assumed it was just my body’s way of preparing to return to work.

Besides, as my wife knows, “I never get sick!”

These words are already being chiseled into my tombstone. END_OF_DOCUMENT_TOKEN_TO_BE_REPLACED

In observance of National Columnists Day, I’m running a post from a few years ago that I feel captures the essence of what it means to be a humor columnist, and why it’s a good idea to keep a current Food Handler’s Card available… 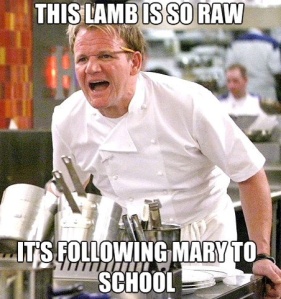 Being a journalist, I naturally have journalist friends who, whenever we get together, want to talk about (yawn) heady issues facing the nation and the world. This is done in a discussion format similar to “Meet the Press,” except that our debates are often interrupted by someone’s beer getting knocked over.

Aside from that, it’s just like the show on TV.

As you can imagine, our exchanges get pretty heated as each of us presents an important topic of debate:

What is our stance on the Middle East?

Should we overhaul social security?

How do we deal with North Korea?

Or, as I challenged:

Why does the new Bugs Bunny look like he’s been shooting steroids with Jose Canseco?

That’s usually when our debate comes to a screeching halt and I’m forced, once again, to defend my journalistic integrity by explaining the value of what I do, then underscoring it by offering to pay for everyone’s beer. END_OF_DOCUMENT_TOKEN_TO_BE_REPLACED 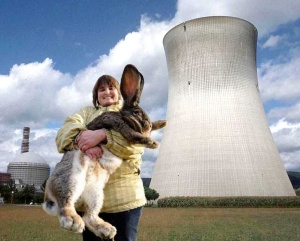 As a journalist, I’m trained to recognize the most subtle signs of trouble:

A horde of slobbering rabbits.

Thanks to my training and experience, and several highlighted newspaper clippings sent in by concerned readers, I have painstakingly pieced together what I, as a member of the conservative media, believe is undeniable evidence that rabbits are planning to take over the world.

By radiating themselves and producing offspring roughly the size of Volkswagen Beatles. END_OF_DOCUMENT_TOKEN_TO_BE_REPLACED

It’s Saturday! And as if that wasn’t enough good news, I’m with the rest of the staff over at Long Awkward Pause commenting on the Saturday Six — a weekly collection of six awkward but loosely related images that will leave you scratching your head. Unless you’re a guy, in which case you’ll probably be scratching your… uh… belly. This week’s S6 theme is those helpful passive/aggressive notes that say one thing but mean something else entirely. Think of it as kicking off the political campaign season! Here’s our first example: 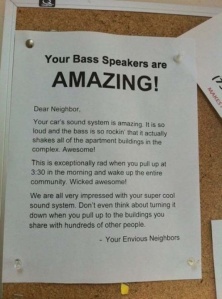 BrainRants: Code for, ‘I have to get up sometime tomorrow, so if you think that’s important, you’ll go downstairs and risk your life over this problem.‘  Passive aggressive b***h.

Omawarisan: This situation calls for fighting fire with fire, not a note. If stereo guy is coming in at three, he’s probably really sleeping well about 6:30-7. Rise up, don’t hide!

Calahan: At one time, this is a note I would have left. Now that I’m a little older (and, yes, wiser) I know that the best remind myself that we Americans are free to do as we please, listen to whatever music we choose, keep what hours we want. Then, I slash the guy’s tires when I know he’s sleeping. *POP* *HISSSssssss….*

Ned: I think instead of a note, which seems childish, I would’ve taken a more mature approach by rallying my neighbors to all have excruciatingly loud monkey sex every time he closes the door to his apartment.

(Too passive? Overly aggressive? Just right if you happen to be a serial killer? We’ve got more examples over at LAP!) 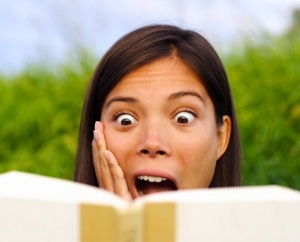 For those who zoned out after discovering this is a post about writing, welcome back! For everyone else, especially those working on a manuscript, short story or article for publication, you already know the climax is that point in your piece that brings everything together in a way that leaves your reader feeling completely and utterly satisfied by someone who is, at least in literary terms, a giving lover skilled at pacing the climactic moment specifically to put the reader’s needs ahead of their own.

Needless to say, this can be challenging. And not just for male writers, many of whom have already skipped ahead looking for the next “climax” reference. Whether writing a mystery novel, erotica, a humorous magazine article or non-fiction blog post, a reader needs to feel a sense that they are working toward something — a big reveal, moment of enlightenment, resolution to a problem, punchline — in order to be fully engaged and eventually finish with that sense of satisfaction we strive for as writers. END_OF_DOCUMENT_TOKEN_TO_BE_REPLACED

(What am I doing posting on a Thursday? It’s my turn over at Long Awkward Pause and the excitement is tangible! Or maybe it’s just arrhythmia…) 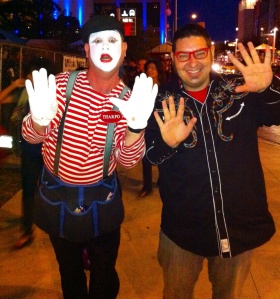 George Clooney supports the “Speak Up: Save the Mimes” project and SO DO I!

A recent poll conducted by the staff at Long Awkward Pause suggests that a whopping 95 percent of Americans (living within a one-block radius of LAP headquarters) either want to be — or already consider themselves to be — really cool. And not just because of their proximity to our office. I should point out that the other five percent are moving somewhere else because they are “tired of being asked stupid questions.”

Still, unless you’re a government contractor, the numbers don’t lie. And based on the results of this small but accurate representation of America, it’s clear everyone wants to be cool. In today’s social-media driven world, that means keeping up with and joining the latest causes trending on Facebook, Twitter, Tumbler , , posted in laundromats, etc.

Hey, anything that raises awareness on important issues is a good thing! Everyone agrees on that! (At least everyone within a one-block radius). The problem is that the coolness-by-association factor that comes with supporting an issue is becoming more important than the issue itself. Especially when there’s a celebrity involved… (Read more by joining me at LAP!)