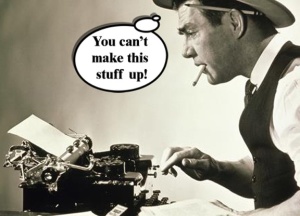 The term “news hole” is often used by journalists. This shouldn’t be confused with another, similar-sounding term that is just as often used by journalists, usually when they think the editor isn’t listening. In this case, however, “news hole” refers to the space remaining in a newspaper after the ads have been placed. It’s our job as journalists to fill that space with stories, press releases and, when some newspapers find it necessary, my humor column.

As I’m sure you can imagine, a “news hole” gets larger or smaller, fluctuating in size depending on how tightly packed it is with advertising.

My reason for bringing this up has nothing to do with a possible laxative endorsement, and everything to do with what I felt was a creative solution to a “news hole” situation we faced today — but that my editor referred to as “the reason you stuff news holes.”

My solution: Combine the two stories! 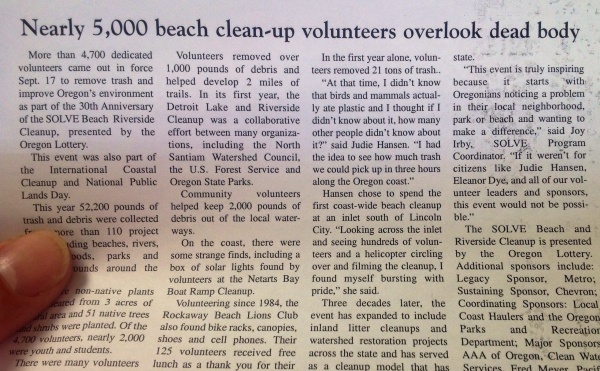 As usual, I’m expecting to be blamed for my editor’s latest aneurism…