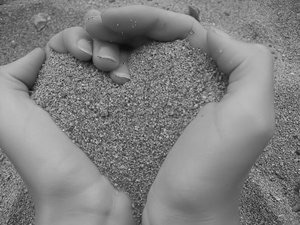 A few months ago, I went from wearing nothing but red thong while climbing around the sand dunes, to being a first responder at a multi-car accident with a car fire — all in a span of about 15 minutes. It’s a long story that, if you aren’t squeamish (and by that, I mean about the image of me in a red thong), you can read it here. Long story short, the experience was a reminder of how unpredictable life can be, and how, in an instant, circumstances can change from ridiculous to surreal. And I’m not just talking about being at a Justin Bieber concert. After five years as a volunteer firefighter, I’ve had plenty of tapouts change family dinners to warmed-up leftovers, or the first long kiss of a romantic evening into a goodbye hug and a porch light waiting for me when I get home. They are reminders that life isn’t really day-by-day as much as we’d like to think — but is truly lived minute-by-minute.

On the morning of Sept. 18, I was reminded once again how quickly life can change. And how, in the span of a few minutes, it can hang in the balance somewhere betwen clocking back in or permanently checking out. END_OF_DOCUMENT_TOKEN_TO_BE_REPLACED 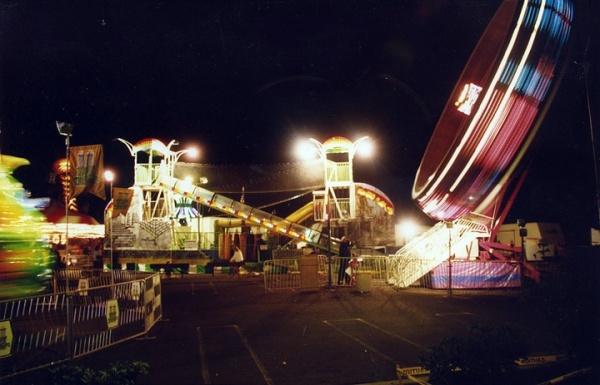 As I walked to work this morning, the sun was still resting below distant Badger Mountain. The streets were quiet and the air was still as I made my way along the sidewalk, past the carnival that claims the visitors parking lot across from our home each year. Last night it was alive with the sounds of oiled metal grinding behind colorful facades — rocketships, dragons and race cars — as carnival-goers screamed and laughed in rhythmic cycles throughout the evening.

But this morning, the neon lights are out. The colorful merry-go-round is drapped in blue tarps. There are no screams or laughter. Only the occasional murmur of snoring from inside the narrow carnie sleeping quarters stacked side by side on tractor trailor beds. I cut through the carnival, stepping over a braid of thick electrical cables that eventually spread like veins through the park, bringing life to thrill rides, snack shacks and carnival barker microphones.

Each year, I make this walk to work through the Davis Carnival.

And each year, I think of my friend — and the memory of a warm, terrible spring evening that occured this same night more than a decade ago… END_OF_DOCUMENT_TOKEN_TO_BE_REPLACED 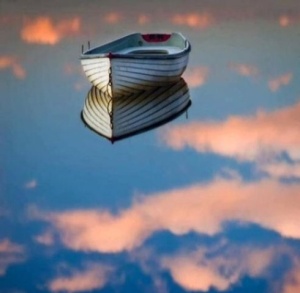 Late Sunday evening I opened my iPad for the first time since Friday, when I wrote about the tragedy that had swept — home to home and heart to heart — through our small community the previous morning. Those who have been following this blog for a while already know, though I’m a humor columnist (If you just started following, I promise this blog gets funnier), I take a turn for the serious when the situation warrants. And while I still have to produce “funny” for newspapers that carry my column, this blog is a true extension of myself — because you allow and encourage it to be.

Friday was a truly wonderful and humbling example of that.

With the kids in bed and my wife asleep on the couch next to me, I sat staring at the screen with a mixture of awe and profound appreciation for the more than 150 responses — words of encouragement, support and understanding — for me, my son, our family and the community. Writing that post was a necessary part of my own healing process; receiving so much support was like talking through it with a close friend. END_OF_DOCUMENT_TOKEN_TO_BE_REPLACED 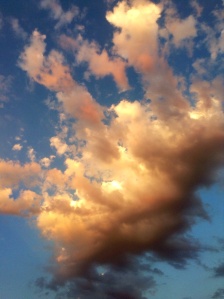 I stand in the slightly cracked doorway of my son’s room, studying the sliver of his face illuminated by the dim light spilling in from the hallway. He’s 15, and just a year younger than the two teens who died earlier this morning. On the floor next to his bed is his cell phone, seemingly discarded, just below a dangling hand.

The one with the baseball scar on the knuckle.

It’s not until I notice the moisture glistening around his eyes, and see the tear edge hesitantly down his cheek, that I realize he’s only pretending to sleep

His phone buzzes and lights up momentarily as someone’s grief is expressed in a Tweet. I glimpse a screen that scrolls endlessly with disbelief. Outrage. Sadness and pain. Classmates, friends and family trying to comprehend the incomprehensible…

It began with my fire department pager buzzing and shrieking a little after 7 a.m., followed by the report of a motor vehicle accident 15 miles away. A car over an embankment. Possible entrapment. Five occupants; two unresponsive. The caller was one of the victims. All were students heading to school. END_OF_DOCUMENT_TOKEN_TO_BE_REPLACED 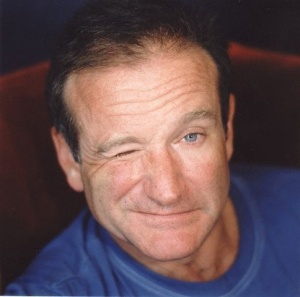 The first time I saw Robin Williams he was tossing an egg into the air the same way one might release a dove. “Fly! Be FREE!” he gleefully hollered as “Mork from Ork.” On his face was a mixture of hope and enthusiasm that was infectious. Magical. As if he could see something none of us could — but that we believed in because of the innocent faith he projected. For a brief moment, as the egg was suspended in the air, it seemed entirely possible that it would defy the laws of physics and take flight, propelled by the power of laughter from the live studio audience.

But as I sat in front of the TV and watched the egg fall to the counter top with a splat, the laughter was suddenly squelched into a sympathetic hush. Robin kneeled in front of the shattered egg, devastated, unable to fathom why the joyous release had ended so abruptly. In that moment he won the hearts of an entire generation of fans, including mine. I also understood for the first time that humor is the flip side of sadness — and how there are few things that can unite people, or open their hearts to a new perspective, as quickly as laughter. END_OF_DOCUMENT_TOKEN_TO_BE_REPLACED

(Each year when I hear the first echoes of hammering reverberating near our home and harkening the arrival of the Davis Carnival, I think of my friend — and the memory of a warm, terrible spring evening more than a decade ago…)

It’s a strange juxtaposition I find myself in each year, watching the arrival of the carnival and seeing the excitement in the eyes of our children. But as the rides are hammered together late into the evening, I am reminded of the night 13 years ago when I got the call from my best friend telling me he was coming back home to Oregon — because he was dying.

He was 30 years old. END_OF_DOCUMENT_TOKEN_TO_BE_REPLACED

As some of you know, in addition to being a humor columnist, I’m also a volunteer firefighter. I don’t write much about that aspect of my life because I don’t encounter many humorous situations when we roll onto a scene. About half of what we do involves MVAs (motor vehicle accidents), from fender benders to multi-car fatals. Because we get a lot of tourists here, most of the situations we encounter don’t involve people we know. But living in a smaller town, you know the possibility exists every time your pager goes off. It just goes with the territory. END_OF_DOCUMENT_TOKEN_TO_BE_REPLACED 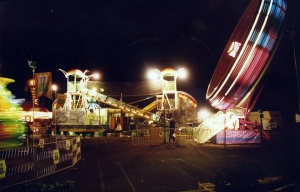 It’s a strange juxtaposition I find myself in each year, watching the arrival of the carnival and seeing the excitement in the eyes of our children. But as the rides are hammered together late into the evening, I am reminded of the night 12 years ago when I got the call from my best friend telling me he was coming back home to Oregon — because he was dying.

I had been working late at the newspaper that evening and was just heading out the door when my cell phone rang. Seeing that it was my friend, I stopped in the open doorway and leaned against the jam, enjoying the spring air and watching the Ferris wheel begin its first revolution in preparation for opening night. It was well past dusk, and the strobing and spinning lights of the carnival were like shooting stars, rising into the night sky and reflecting off the surface of the nearby Siuslaw River. As my friend spoke, I found myself watching The Zandar, a spinning hub routinely hosed down after launching people’s stomach contents. When the words “cancer” and “inoperable” escaped the phone, my world began to spin as well. I remember slowly sliding down the jam, and the feel of the strike plate gouging my back until I had collapsed into a hunched position. He explained the ocular cancer, which had taken his left eye nearly two years earlier, had returned and spread to his brain and organs through his lymph nodes. He had less than three months. In the distance, I heard the first screams of carnival goers and, for only the third time in my life, I wept uncontrollably… END_OF_DOCUMENT_TOKEN_TO_BE_REPLACED