(According to my blogging friend Ross Murray, who lives on the edge of a sink hole in Canada, my weekly Nickels’s Worth on Writing is actually worth 8 cents over there thanks to the exchange rate. Which sounds great at first, and potentially like a good reason to move there since I could increase the net worth of my writing by nearly 50 percent! That was until Ross explained how, because of international law and a complicated revenue formula involving the metric system, it actually meant I owe Canadians three cents every time they read my NWOW. Because I have a lot of readers in Canada, this could add up to… uh… if I understand Canadian currency correctly… about 100 centimeters every week. For this reason, my Nickel’s Worth on Writing is now called “Ned’s Duty-Free Thoughts on Writing, Eh?” in Canada. My thanks to Ross for the heads-up on this before anyone at the IRS found out…) 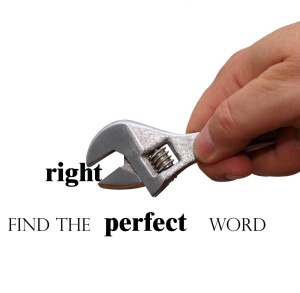 In one of my first columns at Gliterary Girl, I talked about three of the most important tools a writer wields when it comes to establishing their voice. Does anyone remember what they were?

Anyone under the age of 40 who still has a fully-functional memory?

Yes! You in the back with the “Nouns of the Baskerville” T-shirt.

Yes, you — the one waving your hands enthusiastically!

Sure, the restroom is down the hall to the left, next to the drinking fountain. And yes, the reason the water gurgles when someone flushes is because it’s the same water. Help yourself, but we’re not waiting for you.

For the sake of time, let’s just assume the rest of you remember what those tools were and, in a series of uncontrollable outbursts, began shouting out the following:

Hey! How did YOU get back in here!

No, the third tool is RELATIVITY — not Cuervo.

Even though I think we can all agree Cuervo does have a way of making even the most abstract things seem relevant.

In this case, however, Relativity means ensuring the reader can relate to what we’re writing about. This is especially true when it comes to personal experience and family anecdotes. For example, that hilarious story about how Aunt Frida got mad and stomped through the garden won’t be nearly as entertaining to readers as it is to you unless, like you, they already know Aunt Frida was a mule. I realize that’s an overstatement, but unless you take time to lay the foundation of your story in a way that involves the reader, they will likely sit down and refuse to follow.

As for Timing and Truth, they’re pretty self-explanatory. In a nutshell, Timing is the use of punctuation and sentence structure to create a rhythm that enhances your storytelling, while Truth is exactly that: writing about what you know and, whenever necessary, doing the research to educate yourself about a topic before presenting it to your readers. For example, when I wrote about the first wedding proposal in space, I prepared myself by going through NASA’s extensive astronaut training program.

OK, fine. But I did do my research before writing about how awful the food would be at a space wedding, with puree’d roast beef and cedar-plank salmon from a tube, and how throwing rice would be a big mistake since, thanks to zero gravity, the wedding party would spend the rest of the evening surrounded by clouds of floating rice. And how do you spike the punch when it’s served in a squeeze box?

Vocabulary seems straight forward, right? A knowledge of words. But more important than knowing a lot of words — or big words — is knowing the perfect words. Think of it as the care you put into choosing the words to express your love for someone. Or quite possibly while trying to get out of a speeding ticket. In either case, there’s a lot riding on your word selection. One wrong word, or too many of them, and you could find yourself in hand cuffs. (I realize for some of you that might be the objective in the first case, but just play along.)

Let’s take a look at the last sentence a few paragraphs ago, about educating myself at NASA. What if I had written it like this:

…when I wrote my column on the first person to propose in space a while ago, I learned about the subject by participating in the astronaut program at NASA.

Here’s what I went with:
…when I wrote about the first wedding proposal in space, I prepared myself by going through NASA’s extensive astronaut training program.

The breakdown:
1) “…when I wrote my column” versus “…when I wrote about…” In the second instance, I’m assuming you already know it’s “my column.” I wanted to avoid another “me” reference and also improve the flow.

2) “…on the first person to propose in space a while ago…” versus “…the first wedding proposal in space…” We all know it’s a person who is proposing since there has been no reference to aliens or talking animals, so I didn’t feel it was necessary to refer to “the first person” proposing. Instead, I went with “first wedding proposal in space” since the proposal is the subject. Now, if alien or talking dog proposals were common place, then yes, I would make sure to clarify it was a person proposing. Hopefully to another person and not a talking dog. And I chose to completely drop “a while ago” because it really doesn’t matter when I wrote it, and trimming it cleans up the sentence.

3) “…I learned about the subject by participating in the astronaut program at NASA” versus “…I prepared myself by going through NASA’s extensive astronaut training program.” To get to the action of this sentence, I dropped “learned about” and “by participating in” and combined it into “preparing myself by going through,” then moved “NASA” closer to the action as a way to bring those two images together much faster. From that point, I built on the satire by describing what I did as “extensive astronaut training.”

Are you having flashbacks from eighth-grade sentence diagramming? Sorry about that. I hope the breakdown was helpful in offering at least some insight into the thought process of choosing the right words or, if nothing else, why my daughter won’t let me anywhere near her book reports.

Our last writing tool, Economy, is directly related to Vocabulary because choosing the right word can often mean fewer words. Economy is big part of the revision process, when you take a hard look at what can be eliminated from the literary structure you have created while maintaining its integrity. While this isn’t as important in novel writing, it is critical for columnists, short story writers and journalists. Every story requires being as concise as possible by using an economy of words. Ironically, as I say this, I just realized the current word count makes this my longest post at Gliterary Girl.

Fortunately, Hypocrisy isn’t one of the tools we will be talking about today.

Alfred Hitchcock once said everything in a movie must have purpose and propel the story. If it doesn’t, it needs to be eliminated — which could explain the number of murders in his films. In short, when it comes to Economy, think of Alfred Hitchcock.

But probably not while you’re in the shower.

Next Week: How to tell the people you love that you are a writer