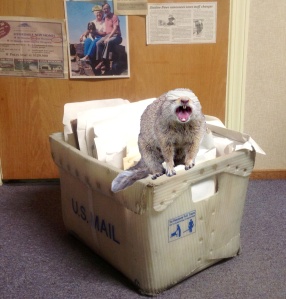 “Skippy” the rabid, blindfolded squirrel is more than a mascot; he’s a weapon.

Welcome to a special Thursday edition of The Box! As I explained in a post yesterday morning, a flu outbreak reared it’s ugly head in my nostrils Tuesday. There’s more to this highly justified reason for not having posted The Box on it’s regular day, but the fact that my situation was referred to by someone as “The Perfect Storm” is probably reason enough, even if that “someone” was me.

Suffice it to say, there were throngs of people who were all heart.

I meant to say there were people wearing thongs at Walmart, where I posted an update yesterday morning while waiting for my medication. I blame those people for setting back my recovery process by at least a day.

Give or take a year.

Regardless, after a two-day delay, “Skippy” the wild, blindfolded and potentially rabid squirrel was more than a little aggravated when I set him loose in the newsroom this morning to help select this week’s mystery photo. Now, for those who might be visiting for the first time, or who, after reading this, are concerned they could be experiencing signs of a stroke, I should explain that using a wild squirrel to select a photo from The Box of unclaimed and unidentified photos each week is completely normal here at Siuslaw News! I simply dump The Box onto the newsroom floor, release “Skippy,” and choose the photo nearest the person who screams first. Given “Skippy’s” aggravated state, this week’s selection came quickly, hastened by the fact that my fellow reporter, “Brian,” was wearing shorts.

This brings us to today’s mystery photo, which I must warn you is somewhat explicit in nature. But if you’re old enough to have watched Three’s Company, you should be fine… 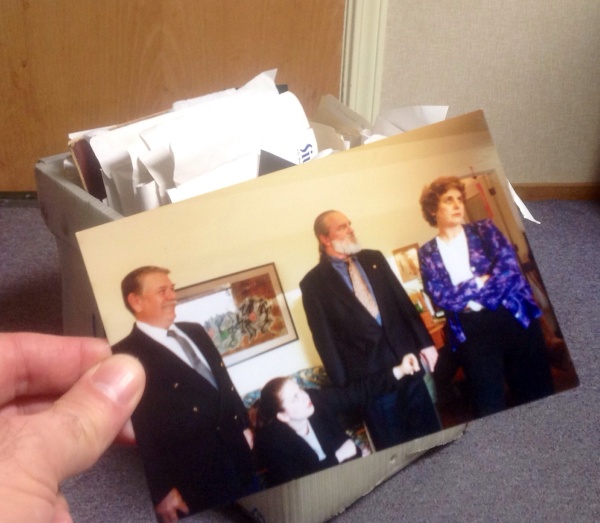 I suppose this could be a wake of some kind, or a visit from an unwanted church group.

Drawing from my 15 years of investigative journalism experience, my first instinct tells me these people are too overdressed to be swingers. However, I’ve been wrong before (And let’s just leave it at that). The first step in uncovering the circumstances surrounding any photo is to establish a timeline. To the untrained eye, this might seem an impossible task. However, there is a glaring “timestamp” of sorts that not only helps me hone in on the late 1990s, but also concurs with my first instincts. Just like the mystery shadow in the famous photo of Lee Harvey Oswald holding his rifle, there has been some manipulation involved in this image, i.e., this woman is holding something has been erased… 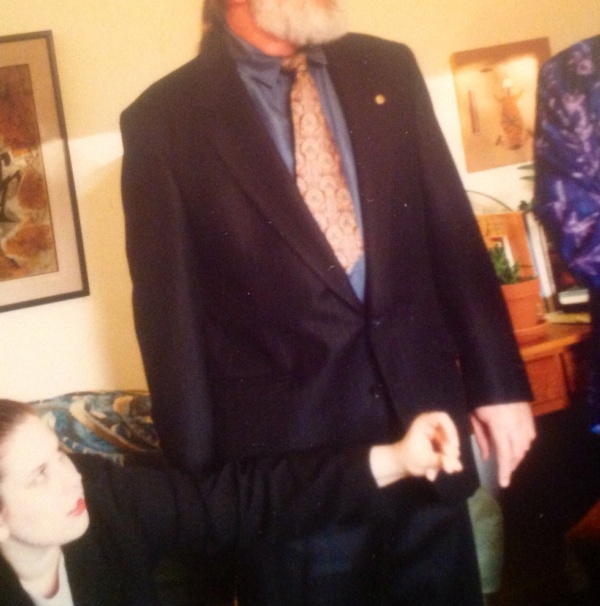 As an investigative journalist, you can’t overlook even the smallest detail.

That’s right. I believe a fifth, uh… “member” has been eliminated from this photo for purposes of decorum. The technology required for that level of manipulation, albeit a small area, wasn’t available until the arrival of Photoshop in the late 1990s. However, add back in that one tiny, seemingly minuet and insignificant detail, and the circumstances surrounding this photo become clear: 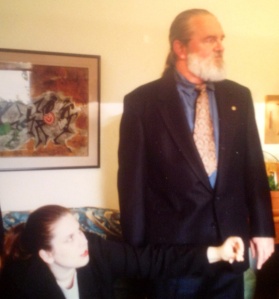 … turned out to be a swingers party, which the husband of the other woman knew about… 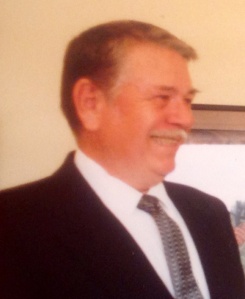 … but didn’t bother to tell his wife… 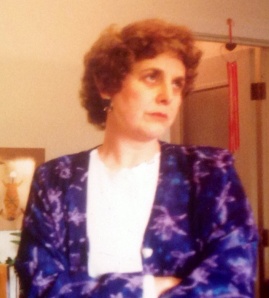