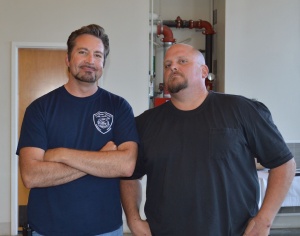 People often get us confused because we look so much alike, but Sean is on the right.

As a tribute to my friend and fellow firefighter who is officially retiring today after 25 years, I’d like to offer this story from a few years ago as a testament to his bravery, dedication and complete lack of refrigerator cleanliness skills. Though I’ll miss having him on the nozzle when the flames are showing, I find comfort knowing he can turn his attention to serving the community in other ways, such as cleaning out his fridge more often to prevent another attack from self-aware gravy.

Thank you for your service, your mentorship and for being my friend.

But seriously, Sean — you really need to watch it with the food spores…

Admittedly, the closest I have been to an actual military “hot zone” was when, on a grey August day in 1977, my Cub Scout troop was deployed to sell candy on the same block as the Girl Scouts. Our prime objective was Hilltop Road, which was a critical strategic vector. At least in terms of foot traffic. Because our troop transport had overheated in the Carl’s Jr. drive-thru, the Girl Scouts had already claimed the high ground next to a busy movie theater. Outnumbered and without tactical advantage, we implemented our most effective defensive strategy, which was to form a tight perimeter directly behind 220-pound Billy Schlependorf.

This quickly turned to chaos as we were overrun by a swarm of red berets and knee-highs, forcing us to retreat in a hail of Thin Mints and stale marshmallows. The last thing I remember was stepping on a well-thrown “ants-on-a-log” that sent me headfirst into a three-foot-tall Darth Vader waiting in line to see Star Wars.

So, because of this common bond of courage under fire, it was no surprise when my friend, who is a fellow firefighter and a soldier with two tours in Iraq, confided in me that he had recently been attacked in his own kitchen — by leftover Thanksgiving gravy.

Let me set the scene:

That’s right. According to my friend, who asked not to be named, and who I will respectfully refer to only as “Sean” or “Sgt. Connor” but never as “Sgt. Sean Connor,” the gravy boat in question had been in the back of his refrigerator waiting to ambush him since last November.

This is not uncommon. I actually have a Tupperwear dish with guacamole from Cinco De Mayo 2001 that became self-aware in 2009, and who I now claim on my tax return as an 11-year-old Mexican exchange student named Guaca Jole Mole.

I have never been attacked by Guaca. But if that ever happens, trust me: He’s out of there.

Anyway, getting back to The Great Gravy Ambush …

While reaching for what I’m sure was a healthy snack of carrot sticks or high-fiber yogurt, “Sean’s” fingers came into contact with the enemy, in the form of a harmless gravy boat filled with what he called a “dark brown, meteorite-like substance.” 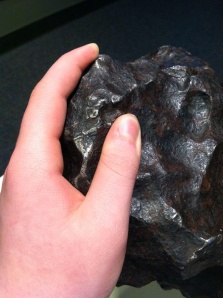 Yes, for a firefighter, he has very feminine hands.

Being a take-charge kind of guy, and due to his reflexive hand-to-hand combat training — and because his wife had asked him to clean out the gravy boat 10 months ago — he instinctively grabbed a butter knife and plunged it into what he described in technical combat terms as a “dried gravy crevasse.”

It was in that moment, while locked in a struggle to dislodge the rock-like gravy, that he cut his finger on the razor-like edge of the crevasse as he forced it down the garbage disposal. Showing no mercy, he started the disposal and immediately came under heavy fire from “gravy shrapnel” flying across the kitchen. Dropping into a low-crawl, he assessed his “tactical situation,” and concluded that if the new kitchen cabinets got scratched by flying gravy debris, he should probably just keep crawling onto a busy highway.

But this is a man who has led other men into battle!

Crouched on the floor, he took a deep breath and dove toward the countertop, gravy shrapnel whizzing past him as he simultaneously — and in mid air — scanned the row of switches. Spotting the disposal switch, he slammed his injured finger down on it, effectively taking out the enemy.

Ok, so the first switch was actually the kitchen fan.

…Then the sink light.

…Then the pantry light.

The point is, it doesn’t matter how many switches it took; all that matters is that the disposal switch is now painted RED. 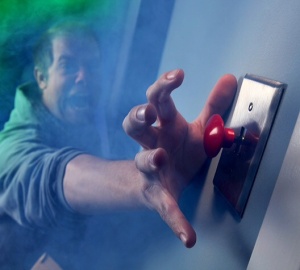 With Thanksgiving less than two months away, I hope “Sean’s” story will help prevent others from falling victim to a similar type of gravy ambush.

And hey — Don’t even get me started on Girl Scout and their cookies. 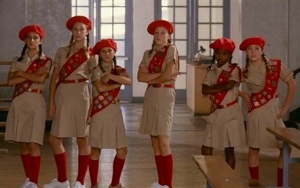 33 thoughts on “Once the food in your refrigerator becomes self aware, no one is safe”