Twenty-one years ago today it was Friday the 13th. The reason I know this isn’t because I’m a savant, but because it was the day my oldest daughter was born — and everything seemed to be going wrong. The monitors were glitching, causing her vitals to disappear and the nurses’ faces to tighten into a fixed expression of forced calm. When I asked if things were ok, I was met with tight-lipped smiles of reassurance that made my stomach queasy. She wasn’t positioned right, with one arm extended above her head, as if caught in the middle of a backstroke swimming out of the womb. Eventually, her clavicle had to be broken in order to deliver her into the world.

When I held her for the first time and watched her tiny fingers wrapped around mine, I looked into her big brown eyes and saw an old soul looking back at me. It was a look that said, “I’ll make this as easy as I can for you, and I’ll forgive you when you screw up. Because we both know you will from time to time.”

In the 21 years that have passed, my daughter has made everything go nothing but right. She spoiled me with her easiness. Always calm, observant and mature, she was accompanying me on out-of-town sports assignments when she was six. I marveled at her ability to feel at home anywhere, in any surrounding, connecting with people because of her genuine interest in them. One of the most important realizations we make in life is that the world doesn’t revolve around us — but that we revolve around the world. Some people never gain that perspective and, naturally, they go into politics. But for whatever reason, my daughter gained this perspective early and shared it often. 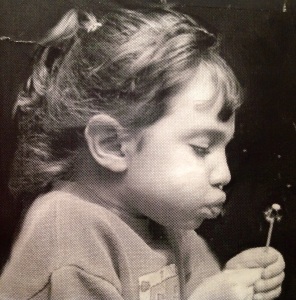 When my ex-wife revealed on my 40th birthday she was leaving me, though we had been unhappy for many years it still caught me off guard, in the same way you know skiing is essentially about slipping but somehow are still surprised when you fall on your ass. In those first few weeks as I began piecing things together as a single dad with two young children at home, it was my daughter, 11 then, who would curl up on the couch with me, place a hand on my head and ask if I was alright.

In those moments, she was a reminder of how the world doesn’t revolve around us, but that we revolve around the world — And how having children at the center of your universe creates its own gravity.

Today, I celebrate 21 years of watching my daughter revolve around this world with seeming effortlessness, unaffected by the moon or tides, from sunrise to sunset taking each day with her own special grace. I couldn’t be more proud of the woman she has become or the effect she has on those within her universe. 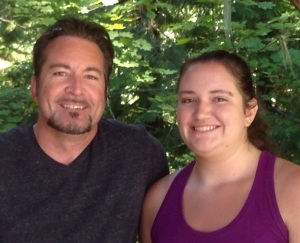 And I will always be thankful for that Friday, 21 years ago, when despite how everything seemed to be going wrong, one thing went incredibly right…

76 thoughts on “Twenty one years ago today, something went incredibly right”