We all have skeletons in our closet. Mine just happens to be wearing a red thong.

Two years ago this Friday, hundreds of people tragically lost their eyesight as a result seeing me in a red thong for my role in “The Nedinator,” a 6-minute movie spoof that premiered in our local theater the same night as “The Terminator: Genysis.”

For anyone who started following this blog since then, or who has wondered why there are so many references in the comments section about my red thong, rest assured you haven’t stumbled into a hive a kinky people. This is where it started. And, thanks to a court order siting “codes of human decency,” also where it ended.

To commemorate the two-year anniversary of The Nedinator, and those who are still receiving therapy (I know who you are because I’m still getting billed), I have re-released this special “Boxed Set” edition, complete with special features like “The Making Of The Special Effect,” some of the merchandise it inspired (although never actually available), movie trailers, stills, a special bonus feature and, of course, the movie itself.

I contemplated the idea of re-doing it to improve certain parts, but then I remembered how I felt when George Lucas changed the first three Star Wars movies. I wasn’t ready for that kind of backlash, especially from any normally docile Canadians.

With that said, open this special boxed set edition of The Nedinator and experience it as it was meant to be experienced! (In the safety of your own home and out of the view of any small children…)

The official movie teaser! (Because I’m such a tease…)

Behind-the-Scenes look at the AMAZING special effect!! (yes, we just had one)…

I’d like to point out that most of the main extras in this movie are my fellow firefighters from Station 2, including the “Biker Guy” (Ted Martin), “Scooter Guy” (Capt. Pete “Boa” Warren) and the “Delivery Van Guy” (Sean Connor — Yeah, his real name). 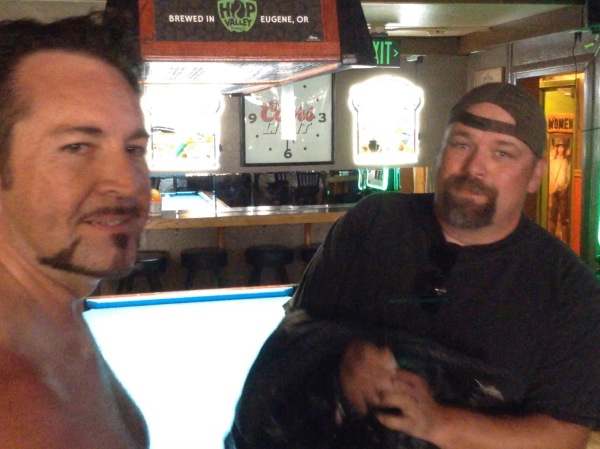 Ted “The Biker Guy” Martin had a tough time keeping a straight face while talking to me in a thong. Especially when I did stretches before each take…

The bike I was getting on actually belonged to the guy with the gun, who also happens to be our captain at Station 2, Pete “Boa” Warren. He also owns the scooter we ride away on. He said I held him a little too tightly… 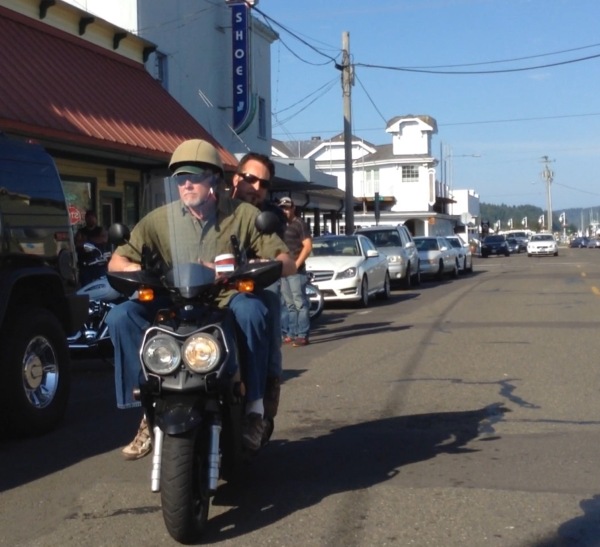 There were some actual bikers at the bar we filmed at. They bought us beer. But only after I put my clothes on.

The first thing we shot was this scene at Laurel Bay Gardens, starting at 6:30 a.m. My “Terminator” walk was just how I walk when I’m not awake yet… 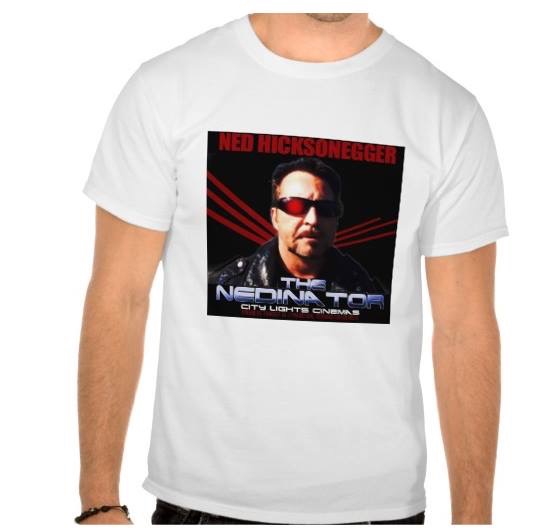 I tried to get this in red, to match the thong…

Have you ever sat through a movie and thought, “GEEZ! This movie is entirely too long!” For those who felt that way about our 6-minute movie, here’s the 30-second condensed version!

(Above are theater manager [from left] Mister Oolala [his legal name] and theater owner Michael Falter. They were great sports who delivered compelling performances that the Academy somehow overlooked. But I’m not saying it was a racial thing…)

It’s hard to believe it’s been two years since I donned the red thong for the sake of art. It’s also hard to believe I’m STILL finding sand in some of my crevices. My thanks to everyone who helped bring this craziness to life and shared willingly in this experience. My thanks also to those who unwittingly found themselves sitting in the theater the night it premiered at City Lights Cinemas on the big screen. Doctors say the nightmares will eventually subside with more treatment.

And my thanks to all of you for supporting the craziness on this blog, which I’m proud to say was named among the top 100 funniest blog’s by Feedspot Blog Reader, along with The Onion, Dave Barry, The Chive and… well… 96  other great blogs.

My sincere appreciation for sharing the laughs.

27 thoughts on “It’s been two years since I wore a thong; here’s why”