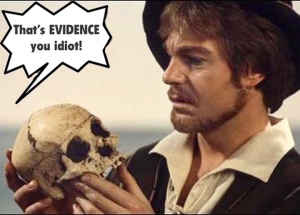 As you might’ve noticed, police dramas involving any type of forensic investigation are extremely popular. For those of you who aren’t familiar with this type of crime show because you only watch “reality-based shows” like Amish Mafia, it’s when old-fashioned detective work — in combination with high-tech science — is conducted by really attractive people who would otherwise be getting into water balloon fights at the Playboy Mansion. This formula has proven so popular that every major network now carries at least one of these shows (Not counting The WB, which cancelled its plans for CSI: Pennsylvania after test audiences complained that watching Quaker detectives chase villains in pony carts was “really boring.”)

In spite of this, talks are continuing about a new spin-off from the CSI franchise that would take place in Ashland, Ore., which, in real life, is home to the world’s only forensic crime lab dedicated exclusively to cases involving wildlife.

For example: When a squirrel’s death is deemed “accidental” after attempting to retrieve a loose walnut from Interstate 5 during the city’s annual Shakespeare Festival, it takes a highly-trained forensic detective to unravel the ugly truth.

“Hmmm. Judging from this buzzard feather I found near the scene of the crime, I think the victim was PUSHED in front of that Volvo!” END_OF_DOCUMENT_TOKEN_TO_BE_REPLACED 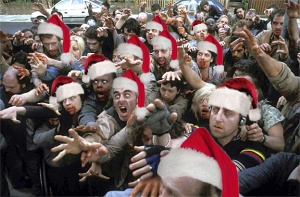 Last-minute shopping can be dangerous, especially if there’s a sale.

As is our tradition, my wife and I made an excellent plan to get our gift wrapping done so that, on Christmas eve, we could bask in our accomplishment while drinking warm, spiked beverages and gazing introspectively at the twinkling Christmas tree lights, until we pass out.

And, as is our tradition, we once again found ourselves locked in the bedroom with rolls of ribbon and wrapping paper strung across the bed, passing the scissors and tape back and forth like a frantic game of “hot potato.”
As expected, our bedroom quickly resembled a CSI Christmas crime scene in which the holiday spirit had exploded… END_OF_DOCUMENT_TOKEN_TO_BE_REPLACED