Lately, my wife and I have been binge-watching several TV series at once on Netflix.

As much as I’d like to think the result has led me to a higher plane of moral existance through the peripheral experience of others who have made mistakes and fallen into a life of crime, murder and mayhem, it seems that I’ve only taken away one lasting life lesson… 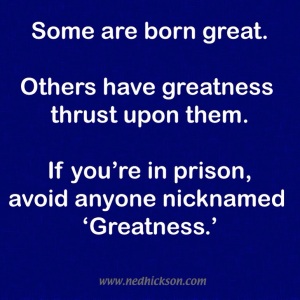 It may be time to start watching more Disney movies…

To say you could catch a fish from the kiddie pool at our local Outdoor Festival several years ago is like saying you could turn a few heads if you backed your SUV into a Harley during the Sturgis Rally.

My oldest daughter had just turned seven, and the pool was literally brimming with farm-raised trout that would’ve just as quickly latched onto a Milkdud as Powerbait. Given a window of 15 minutes of fishing for every dollar, most kids old enough to hold their own poles were standing gawk-eyed with a fish in their sack after less than five minutes. So, when my daughter landed her seven-incher, I asked if she wanted to keep it or throw it back in — hoping against hope that she would opt for the throw-back.

I think my exact words were something along the lines of, “Sweetie, do you want to keep the baby trout until he runs out of air, or put him back in the water with his family?”

“I want to keep him,” she said firmly, then turned to her mother and asked for another dollar. END_OF_DOCUMENT_TOKEN_TO_BE_REPLACED