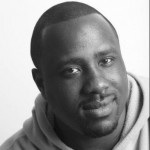 For regular readers of this blog, I know what you’re thinking:
“I’ve seen pictures of Ned before, and I remember him being… older. And slightly more Caucasian.”

That’s because it’s a photo of Alan W. King, whose work as a journalist and blogger is best described as continued excellence. I’ve been a follower of his for a while, so when he recently began an interview series called “Writers and Their Process,” I was thrilled when he asked me to be a part of it.

Okay, fine — I screamed like a 13-year-old girl who finds herself on an elevator with Harry Styles.

All kidding aside, it was a real honor to be a part of this series, which delves into the thought process of each writer and offers insights into how they approach their craft. In my case, he even got me to divulge my full name; that’s how good he is. Here’s a snippet, along with a link to the rest of the post, as well as links to his interviews with Robert Hookey (aka The Hook) and Zoe Valentine (aka Zoe Says). 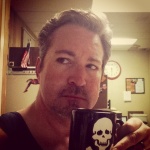 Edward “Ned” James Hickson doesn’t believe in “road blocks.” Instead, the editor and humor columnist sees each perceived obstacle as a catalyst for him to blaze his own trails.
It’s a lesson he learned from his stepdad, Glenn, who was a problem solver. “Nothing was ever a road block to him,” Hickson said in a recent interview, “it just meant a reason to discover a new route.”

22 thoughts on “Thanks to Alan King, this week’s Nickel’s Worth is on me. Literally.”