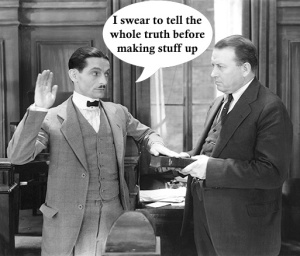 It’s time for Ned’s Nickel’s Worth on Writing, when we gather together and, in a politically correct manner, sit criss-cross Indian style as I share corn-like kernels of wisdom from 15 shucking years as a columnist.

I should point out this weekly feature has been recognized by Publishers Digestion as “…Tips that often get overlooked. Usually on purpose…” and what The Master of Horror® Stephen King has heralded as “…A weekly reminder of what scares me…”

Being a humor columnist, I am often asked:

“Where do you get this stuff?”
“How did you even think of that?”
“Do you just make this [censored] up?
“Isn’t marijuana legal in Oregon?”

The answer to all of those questions is a definitive “Yes,” particularly on Ballot Measure 5. However, each of the first three include an important addendum that reads as follows:

“While the consumption of humor shall be made available to everyone regardless of race, color, creed or whatever they happen to be eating that may unintentionally exit a nostril, the distributor of said humor is required to provide a basic standard of truthfulness, therefore guaranteeing consumers a more pure grade of laughter. At least until they try passing mixed-berry yogurt through their nose.”

If we cut through all that legal jargon prepared by snooty lawyers making seven-figure salaries somewhere in the back of my mind, there is a point: Elements of truth play an important part in all forms of good fiction.

There is also a secondary point, which is that I will probably never get a Dannon Yogurt endorsement.

Fictional writing is at its best when it is structured within some basis of truth. Whether you are writing a murder mystery, humor, horror or erotica, in order for it to fully resonate with readers, the “sound” of your writing must have something to bounce off of before it can ring true with readers. Using 50 Shades author E.L. James as an example, think of your writing as sound waves. Now think of a riding crop against a bare bottom…

Without first establishing an element of truth within the storyline — in this case, basic human nature regarding lust, the desire for power, need for acceptance and a possible Armor All deal — the “sound” of the climactic encounters doesn’t carry because it doesn’t come back to the reader with an echo of truth. Without that echo, you might as well be watching sex in space: silent and no one really knows which end is up.

Speaking of being a columnist, the same rule applies to humor. In this case, however, punchlines take the place of climaxes (or so I keep telling my wife). Again, for humor to resonate it has to bounce off of an element of truth. For an example, re-read the second sentence in this paragraph. And let me just say some elements of truth are larger than others, and mine happens to be enormous. If you laughed at that, then you understand what I’m talking about. Or possibly saw me naked in middle school gym class — and I should clarify I’ve always been a late bloomer. Or so I’m hoping.

What I’m getting at is that whether you are a humor columnist, erotica novelist or mystery writer, always remember that I no longer have the body of a middle schooler.

Oh, and that you can take readers to extremes with your fiction as long as you first establish a subtle structure of truth for the sounds of laughter, anguish, pleasure or surprise to echo back from.

But please, try to keep it down.

26 thoughts on “Even when making stuff up, honesty is still the best policy for writers”