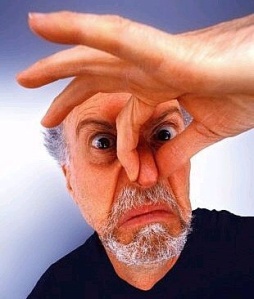 As some of you might have noticed, there has been very little talk lately of the Star Wars Missile Defense System, which was once heralded as the ultimate defense for our nation and the world. This highly advanced system was to have been launched into outer space where, with the push of a button, it could send out missiles capable of targeting a single movie theater — or even an entire chain — should it threaten to actually screen any Star Wars movie made after 1983. It was this threat that kept George Lucas at bay for nearly 20 years.

However, in part because of the astronomical scale and cost of building this defense system, and in part because the top secret design mysteriously began appearing as McDonald’s Kid’s Meal toys, the program pretty much went down the garbage chute. Since then, the U.S. military has been looking for a new “ultimate” weapon” that possesses world-wide applications. The result is something simple; something terrifying — and something that, according to scientists at the Monell Chemical Senses Center, “is so universally repulsive it would be considered unbearable by people from ALL cultures.”

But unfortunately, since the Department of Defense discovered that just four minutes of digital animation for Jar Jar actually costs MORE than building the entire star wars missile defense system, they had to settle for their second weapon of choice: The Ultimate Stink Bomb.

According to Pamela Dalton at the Monell Center, the military has been looking for a non-lethal weapon that can effectively clear crowds and deter people from restricted areas throughout the world. It wasn’t until fate intervened, in the form of franks and beans and a crowded elevator at the Pentagon, that ideas for the ultimate stink bomb began rumbling throughout the Department of Defense.

Since very little research exists on cross-cultural odor preferences, scientists at Monell decided to avoid food and personal products as candidates for stink bomb odors. That’s because what some cultures may consider stinky, others may not. For example, a stink bomb that smells like burning flesh, Ben Gay and cocoa butter would be effective against any Oregon resident while, in Florida, that is the smell of most residents.

This has led researchers to pursue what they call “universally repulsive odors” of biological origin, such as human waste, vomit and rotting garbage — smells that, thanks to years of exhaustive research, scientists have determined “people from all cultures really try to avoid.” Dalton and her team then created a mixture of these three odors and tested it on volunteers around the world.

“As expected, people everywhere were repulsed,” Dalton reported. “Except for those who have built a tolerance to such odors from living in a college dorm or fraternity.”

Because creating these combinations of odors requires large volumes of “source material,” the Defense Department is asking for cooperation from college frat houses throughout the U.S. with its “Puke, Not Nuke” campaign.

It’s thanks to the efforts of scientists and volunteers at fraternities like IMA GONNA BARFA that the components for the ultimate stink bomb have now been successfully identified.

“This new weapon should provide us with some real peace of mind knowing we have the capability to unleash mass revulsion anywhere in the world,” said Dalton. “As long as it’s off campus.”