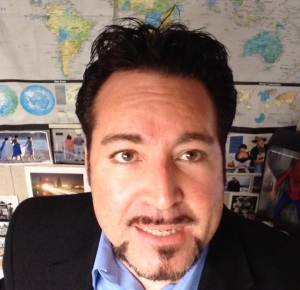 Which is why I was excited to be given Canada (yes, the whole country) as my guest for the next round in The Public Blogger’s “Performer of the Year” competition tomorrow!

I actually have several readers who claim to be from Canada — and hey, I believe them. In fact one of them, fellow humorist and tireless thespian rights activist Ross Murray, actually sent me a can of real maple syrup once! And I know it was genuine because the label was written in actual Canadian-uh-ish. Plus, the contents were measured in metric kilograms.

Anyway, he was also gracious enough to make a brief cameo in my video for tomorrow night’s competition. Not that he’s wearing briefs in the actual video, just so we’re clear.

Though I can’t show the video in its entirety until voting opens tomorrow night at 7 p.m. (PST), I was allowed to share a 1-minute sneak preview, which I’ve provided the link to below. For our challenge, each of us was given a country to host for the next round of competition, which will include a celebration of the arts from around the world, including Hungary, South Africa, Mexico, Canada, Italy and the U.S. Each of us is required to create an artistic presentation in our genre celebrating the things that make our guest country special. To do this, I was given a 24-hour Canadian citizenship (why didn’t we do that with Justin Bieber!) in order to emerse myself its culture…

When the post goes live tomorrow night, I will include the link here and on my Facebook page so that you can go directly to the The Public Blogger and see all of the nominees’ performances — then vote for the best performance. Keep in mind I’ll be offering authentic poutine to those who vote for me. And if you think that’s a reference to something inappropriate on the human anatomy, this video should help.

In all seriousnes, I’m entering the fifth round still at No. 1 thanks to all of your support. I just want you to know I come into each week appreciative of how far I’ve been able to make it, and never assuming I have your vote. No matter what happens, that will never change.

I am forever thankful for all of you. Truly.