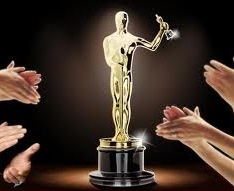 In a surprise win, the Oscar for Best Picture went to “12 Years a Slave.” In his acceptance speech, Brad Pitt thanked the Academy and pointed out that “The best film of the year doesn’t have to be a big-budget, big star-driven movie like Gravity.” Moments later he was tragically struck by a falling chandelier.

Cate Blanchett won for Best Actress, becoming the first major award winner of the evening that wasn’t associated with “Gravity.” In an ironic twist, she tripped on her way out and landed on her face. Proving that everything actually IS associated with gravity.

Okay, for those who have been unable to watch the Oscars this year due to unavoidable circumstances (The Walking Dead), here are the winners so far:

Anyone who had anything to do with the movie “Gravity.”

I really thought I might win an Oscar for Best Live-Action Short since it was the only category Gravity wasn’t nominated in. I guess it’s about who you know.

Does anyone else find it ironic that the Outstanding Achievement in Sound award went to Gravity, a move that takes place in space — where there IS no sound?

Being a journalist, I will be bringing you Academy Awards updates and observations throughout the evening LIVE! As they happen!

We’ll begin with the red carpet, where stylist experts have been providing detailed descriptions of the extravagant fashions worn to Hollywood’s biggest night. For example:

“And there’ Mathew McConaughey wearing a white jacket and black tie. With him is his beautiful wife, wearing a pink dress. Oh, and there’s Jennifer Roberts in a striking dress!”

(As I mentioned a few weeks ago, I was recently asked to be a staff contributor at Long Awkward Pause. Here’s this week’s post…) 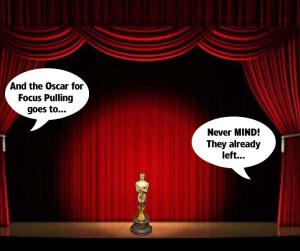 HOLLYWOOD (sort of) — As excitement over the much-anticipated glitz and glamour of this Sunday’s Academy Awards builds throughout Hollywood, Oscar winners for Technical Achievement were the first to bask in the spotlight during an equally prestigious awards ceremony held last night at a lavishly decorated Blockbuster Video warehouse in Culver City. The evening began with nominees arriving in style aboard rented school bus shuttles adorned with banners reading “On To The Oscars!” Like a major Hollywood premier, beams of light criss-crossed the night sky as unemployed SAG members waved flashlights to keep shuttles out of the KFC parking lot across the street.

“These members of the Academy deserve to be recognized for their achievements,” Academy president Cheryl Boone Isaacs said during a phone interview. “And just because we don’t know what they do exactly, or who they are, doesn’t mean their night should be any less special. Or held during the actual Oscars ceremony.”

Upon arrival, nominees stepped from their shuttles and onto the red carpet, where camera flashes erupted amid a frenzy of selfies. One overzealous autograph seeker had to be led away as he frantically waved a piece of paper, screaming, “Whose paying for these busses!” (Continue Reading…)